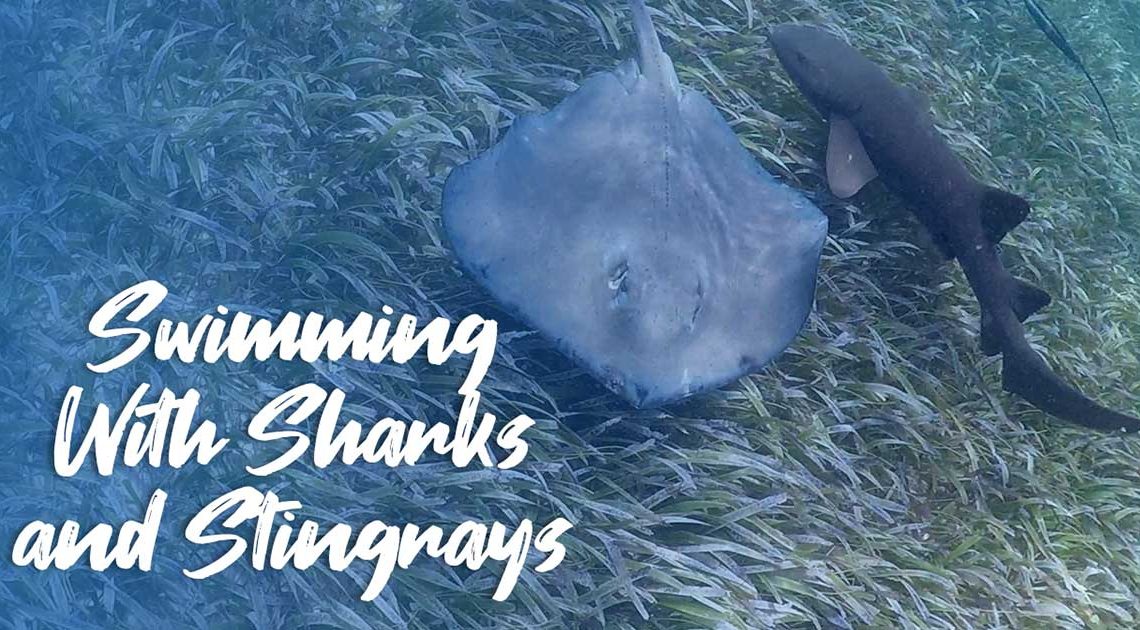 The second of three destinations on the cruise was Belize City, Belize. This time we chose to snorkel over a coral reef, as well as, swimming with sharks and stingrays in Belize, just off of a small island called “Split Island”. Split Island is actually the Island of Caye Caulker and it got its nickname do to a storm in 1961 that ravished the island and literally split it in half, killing over 200 people. Now only one side of the island is really in use and the other side is mostly vacant.

Getting to Caye Caulker started with a short boat taxi from the cruise ship to the Belize City port. Once our entire group was all there, approximately 35 people, we boarded another boat and took a boat ride about 45 minutes north of Belize City to Caye Caulker. The water was absolutely beautiful and it was an enjoyable ride out. Once we arrived there, we went to the coral reef first and snorkeled for a bit and then we got back on the boat and went about 5 minutes away to the sharks and stingrays.

If I’m being completely honest, I was more nervous about the stingrays than the sharks!! Why? Because the sharks were just “nurse sharks” and have no teeth, and don’t really bite. However, we were in the ocean, not a controlled area inside some water park, so all the stingrays still had their barbs. And if any of you remember how “The Crocodile Hunter” died, then you already know why I was nervous, haha. That guy got bit by snakes, spiders, crocs and tons of other things and survived, but it only took one stingray to kill him.

Nikki and I tried our best to capture our experience on our cameras but when you’re floating in the middle of the ocean and trying to simultaneously swim against a current, and film, and simply enjoy the experience all at the very same time, it’s not all that easy, haha.

Nonetheless, it was amazing and also allowed me to check off 4 items on my bucket list!! I’ll admit, 2 of the 4 things I’ve already done but I had no video proof of it, so now I can “OFFICIALLY” check them off the list. My “Bucket List” will also be a regular feature on both my YouTube page and also my personal website! I’ve shared my Official Bucket List below as well as on my website. So take a look at it and if you think you can help me knock something off the list, then let me know, and maybe we can do it together!

Now back to the rest of our trip, haha. After we swam with the sharks and rays, they took us back to “Split Island” for lunch. We ate on the second floor of a little beachside restaurant called “Lazy Lizard” which you can see in the video. The food was pretty good and after that we got to explore Caye Caulker for a bit. After that we headed back to the boat and took a short ride over to feed the tarpon fish, which you also see in the video. Most of these fish were 3-5 feet in length and the tour guides told us that is small for this breed and they are just babies. It was pretty fun holding the dead palm-sized fish over the side of the boat and watching the tarpon jump out of the water and take it right from your hand.

After that, it was time to take that 45-minute ride back to the port. Luckily we had more time than we did in Cozumel to do some sightseeing at the port, get some souvenirs and even grab a nice frozen drink before boarding the boat taxi back to the Carnival Breeze Cruise Ship. All-in-all it was a wonderful experience! The weather was perfect, the views were amazing, and I got to knock some things off my bucket list! In the future, I’d love to fly directly into Belize and spend 3-5 days there and experience more of the culture and the beautiful scenery and excursions.

For this excursion, we used some of the same gear in Belize as we did in Playa Del Carmen but we used some new stuff this time around too. I had on a full-face snorkel mask with my Rylo 360 mounted on the GoPro mount of the mask. I was carrying my GoPro Hero 5 Black with the PolarPro Dome on it. Nikki also had on a full-face snorkel mask and she was carrying the GoPro Hero 4 Back with the SHOOT Mini GoDome on it. We both used Seavenger swim fins. As for those snorkel masks, I actually bought 5 of them and brought three on the cruise. I brought one of them as a backup and I’m glad I did. The one I used (the first of the two snorkel links below) didn’t work as well and the air intake is smaller. The following day in Honduras, I switched to the backup mask I brought, which is the same brand Nikki used for this excursion, and it performed much better!! That is the SEGMART Snorkel Mask, also linked below. Something else that definitely came in handy was my waterproof dry bag, I strapped all the wet gear to the outside of the bag and kept all our dry items inside. The bag is also linked below, it’s the ZBRO Waterproof Dry Bag. Honestly, I would suggest getting a bag like this for any water adventures you go on, to the lake, the beach, on a boat, a waterpark, pretty much anything, I used it for the entire cruise and it kept all our stuff dry even though the outside of the bag got soaked on many occasions. And if you’re wondering about the snorkel masks, I used them for the first time on the cruise I took last year, and I liked them so much that I went out and bought 5 of them, haha. They are MUCH easier to use than the traditional masks and the best part is that you can breathe through both your nose or your mouth.

Click here to check out my bucket list!! Is there something I should add to it? Comment below or shoot me a message and tell me what I should add.

Next Post
Relaxing Day At Mahogany Bay In Roatan Honduras 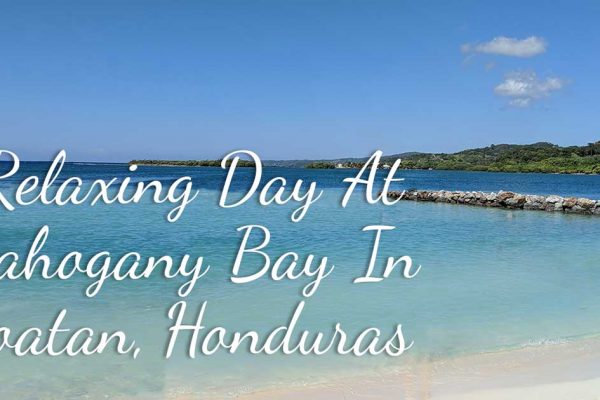 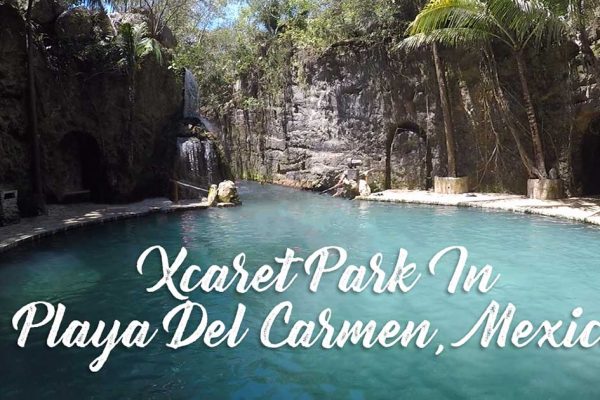